Biometric verification made mandatory for land transfer in capital 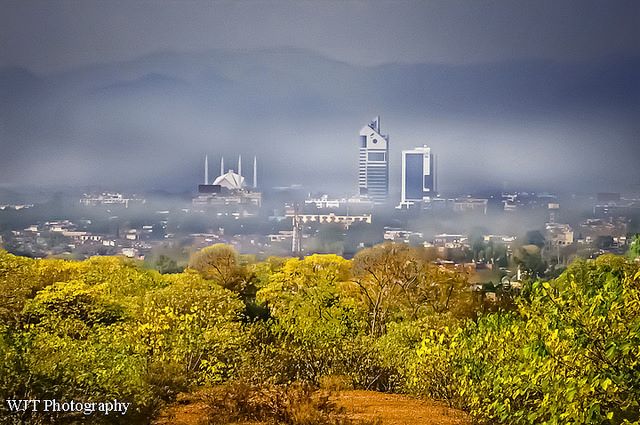 ISLAMABAD: The Islamabad Capital Territory (ICT) administration on Sunday said saving biometric verification and photographs of the seller and purchaser is mandatory at the time of land transfer now.

Moreover, 34 cameras have been installed at the revenue offices so that real-time monitoring of transfer of land and dealing of the staff could be ensured.

“It will not only protect widows and overseas Pakistanis who usually are deprived of their land by fraudulent means but will also help us in identifying black sheep in the revenue offices,” Chief Commissioner Islamabad Amer Ali Ahmed told Dawn.

He said a decision had been taken to bring reforms in the revenue department and ensure that no one was deprived of their land.

“We use to receive complaints from people, especially widows and overseas Pakistanis, about transfer of their land without their knowledge. However, now it has been decided that the biometric verification will be done at the time of transfer of land and pictures of both the seller and the purchaser will be saved while signing on the transfer documents,” he said.

Photographs of seller and purchaser will be saved at the time of land transfer, says commissioner

“Moreover, 34 cameras have been installed in the revenue offices. Not only real-time monitoring will be done but also footage will be saved. We get two kinds of complaints. First, people claim that officials of the revenue department have done fraud with them or misbehaved with them. Sometimes, officials of the revenue department also claim that residents or visitors misbehaved with them or forced them to transfer land illegally. We will now be able to verify both types of the complaints.”

Mr Ahmed said though it was mandatory to upgrade the revenue record after every four years that practice could not be held since 1996.

“Now we have decided to do it at the earliest. Moreover, another step has been taken to avoid complaints of overselling of land. We used to get complaints that if a person has 20 kanals he sold 40 kanals by making bogus papers to different persons. Now the remaining land of the person will be mentioned on every land transfer so that overselling would be avoided,” he said.

Mr Ahmed said if a person has 20 kanals and sells five kanals, it would be mentioned on the transfer papers and record book that they now are left with 15 kanals.

Meanwhile, speaking at a press conference, Deputy Commissioner Islamabad Hamza Shafqaat said an automated system of transfer of land had been introduced by the capital administration.

He said the registrar department had been linked to the National Database and Registration Authority (Nadra) and pictures of the seller and purchaser would be taken and saved at the time of transfer of land.

He said for the first time in the history of the federal capital seven additional collectors had been appointed to ensure upgradation of the revenue record. He claimed that the revenue record would be computerised within two years.

Replying a question, Mr Shafqaat said Rs190 million would be spent on computerisation of the record.

“The total land of Islamabad is 225,000 acres out of which 70,000 is with the Capital Development Authority and 17,000 with housing socities. We have also directed the housing societies to introduce an online system for their record. We have started receiving capital value tax after five years and Rs770 million will be collected by the end of the financial year,” he said.