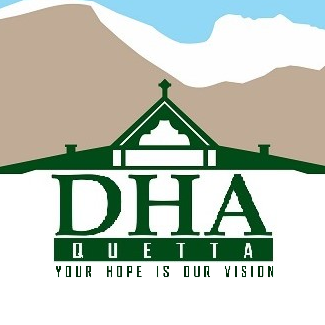 ISLAMABAD: The Supreme Court on Tuesday suspended the Dec 2020 order of the Balochistan High Court (BHC) in which several provisions of the Defence Housing Authority (DHA) Quetta Act 2015 were held unconstitutional.

A five-judge full-court of the BHC had held that since the DHA was like a non-government agency therefore acquisition of property by it would violate the constitutional right to property.

The high court had also declared that the DHA could not be allowed to develop its own master plan or perform other municipal functions. Besides, the power of the authority to declare a specified area in which development could be carried out was also held to be unconstitutional.

As a result of the high court judgement, all development work in Quetta DHA had been paralysed.

Senior lawyer Makhdoom Ali Khan, representing the petitioner Quetta DHA, argued before the Supreme Court that Article 24 of the Constitution permitted acquisition of property for a public purpose. The DHA was acting in public interest and all allotments were made to members of the public by ballot, he said.

The counsel argued that the high court had itself acknowledged that the DHA was working in the interest of the people while many other residential societies were doing poor quality work.

Mr Khan said that the statute authorised the DHA to exercise municipal functions and develop master plans for the areas it had purchased or leased but the high court had not appreciated this aspect of the case. The developing of master plans for or performing municipal functions in lands owned by the DHA was only proper and there was nothing unconstitutional about it, the counsel argued.

He said that the major premise of the BHC judgement was that the DHA Quetta Act 2015 was in conflict with the Land Acquisition Act 1894. He contended that the high court had incorrectly concluded that the Land Acquisition Act was a federal law and it was in conflict with the DHA Quetta Act and therefore the latter was unconstitutional as per Articles 141 to 143 of the Constitution.

The counsel submitted that since the Government of India Act, 1935, the Land Acquisition Act had been a provincial not a federal statute. There was, therefore, no conflict between a federal and a provincial statute and no article of the Constitution was, thus, violated.

He further said that the DHA Quetta Act provided that the authority would act in accordance with the provisions of the Land Acquisition Act so the question of any conflict did not arise.

The Supreme Court noted these submissions and observed that a case for grant of leave had been made out as these were important questions of law which required consideration.

As the counsel said that the entire operation of the DHA has been paralysed and its work stopped, causing it and its allottees tremendous hardship, the court suspended the judgement of the BHC.